WHO ARE MOBILE APP TESTERS?

Any application or product undergoing constant testing processes has refined quality. Mobile application testing is one such example to maintain the usability of the app. The testers who keep the applications bug and glitch-free are mobile app testers.

The process is quite different from software testing and web testing, and there are few essential things to consider before testing. The testers should see various mobile applications, on/off of GPS, screen resolution( and orientation ( if it’s in landscape or portrait mode), OSs, and devices’ manufacturers.

Smartphones are becoming more of a necessity than a luxury, and with it, the market is flooding with numerous applications. So there is a rise in mobile app careers. Not every service provider or tester is skilful enough to offer a unique feature to the very customer. Thus, to strive in the competitive market, glitch-free applications are a must.

The foremost step before testing is to recognize the mobile app. Mobile app testers cannot be successful if they choose the wrong app for testing as each category has mismatched requirements.

Native Apps: The applications are for one particular platform. For example, Tizen Blackberry, iOs, and Android, etc.

Hybrid: It’s a combination of native app and web app.

Mobile app testers cannot ignore the identification step because they strategize different testing processes through it. 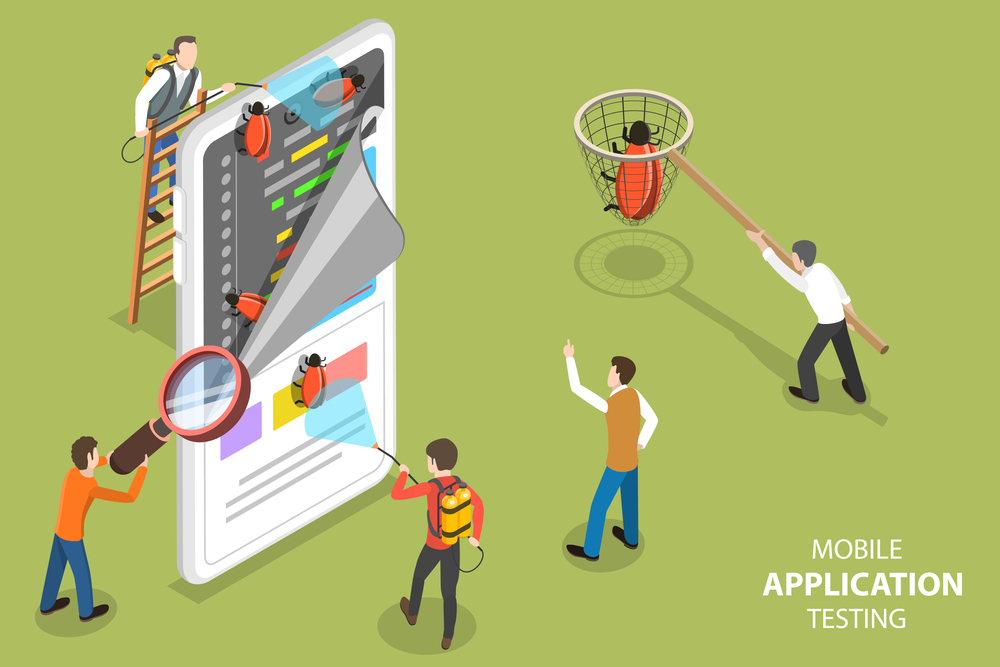 We have learned enough background information to dive into the success factors, the main outline of this article. Or the frequent thought of every mobile app tester.

The goal of developers is to make the apps stand out like a vibrant red amid similar red. Same shade but not quite, same category but unique. They have to be easy to use in a small place and work efficiently on tight hardware. And the only way out of this never-ending labyrinth of perfection is quality assurance.

There are certain things mobile app testers should have up their sleeves. It may sound overwhelming but trust me, and these are easy to adopt tricks that will make your product stand out ever so brightly.

The trickiest thing to abstain from is testing on emulators. Usually, testers slip on this stage, and it is undoubtedly a slip. Because the users don’t bother about emulators, they are for the development phase. Not anywhere else. It needs massive emphasis as testers do not take it to mark it as a red flag as they should.

Quality assurance swallows up huge chunks of time so, manage your time wisely. Each testing version has varying dynamics, and testers are to cater to them systematically.

If you are testing the v2.2-42 version of the app, then the goal is to test each scenario, including a switch for muting. There is no point in testing features that exclude muting. If the developers are taking care of beta builds, then the mobile app tester’s job is resolution testing and additions. It is to check for bugs and fixes them if any. Then undergo smoke testing to see if the essential elements are working.

If you are testing version 3.0 of the app, a nine-mile-long regression testing is waiting for you. It is not enough to skim through it. The mobile app testers must invest adequate time in checking every angle, sorner, test case. The funnier part for testers is ignoring the bulk of bug reports because when there is a lot by QA teams, there are fewer from end-users. And this keeps everyone satisfied.

Here comes the functionality test. Don’t lose the battle by developing a non-functional app. Your app should be able to work according to its design. Imagine a poorly functioning app. You wouldn’t want to use it, right? That’s what the customers will also think. And we don’t want that.

Oh, how can we forget the usability testing? It is a phase that you are a developer, tester, and user. While testing, you become the user and do a little self-assessment because it makes invisible errors stand out.

Is the app agitating or fun? Is the text well-aligned or hard to follow? Do you wish it to stay on your phone, or would you instead download something better? Are you content with it? The answer to these questions will lead you to the loopholes and tell you what to fix.

Don’t get over-excited with debugging. Some bugs are like the quantity of sugar in tea. For some, it’s too much, it’s just right, and for some, it’s never enough. The way out is to create a detailed report of the bug and find out the cause. Then use it on another device and verify. Sometimes it’s just crashing on the first screen and nothing else.

The list is never-ending, but the above-mentioned are the most crucial as there is no one way to succeed. The tester can always take advice, use a second opinion, and stay patient for the outcome. It’s a famous quote that hast is the way of the devil.